Meet Inspiring Speakers and Experts at our 1000+ Global Events inclusive of 300+ Conferences, 500+ Workshops and 200+ Symposiums Every year on Medical, Pharma, Engineering, Science, Technology and Business.

Theme: Sharing the Reason behind Patients Happiness of Well Being 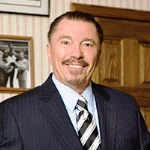 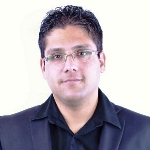 Case Reports 2017 will pursuit a platform for global promotion and recognition of case studies as reference for safe treatment therapy. It includes the discussions and speeches on different case reports filed on diseases and disorders by medical professionals from all parts of the world. It also involves the advances in treatment therapies with minimization of adverse reactions in promotion of a healthier life.

Theme: Sharing the Reason behind Patients Happiness of Well Being

This branch of medicine deals with the anatomy, physiology and diseases of the eye. The ophthalmology is a vast topic that includes the major subspecialties which is either concern with certain diseases or diseases of certain parts of the eye. Some of them are the following:

This is the branch of medicine that deals with the oral cavity diseases and disorders. As mouth is the gateway of food to the body it is invaded by many bacteria, viruses, fungi, parasites. Thus many infectious diseases may affect the oral cavity and some of them are:

Cardiology is a branch of medicine dealing with disorders of the heart. Heart is an important muscular organ in humans and other animals, pumps blood through the blood vessels of the circulatory system. The drugs that are used to treat other disorders in body show a great impact on heart causing various side effects. Hence case reports on cardiac disorders and diseases have a great value and help in advancing and development of treatment strategies.

Pulmonology is a medical specialty that deals with diseases involving the respiratory tract. Physicians of this category are specially trained in diseases and conditions of the chest, particularly pneumonia, asthma, tuberculosis, emphysema, and complicated chest infections. Medication involves inhalation (bronchodilators and steroids) or in oral form (antibiotics, leukotriene antagonists). A common example being the usage of inhalers in the treatment of inflammatory lung conditions such as asthma or chronic obstructive pulmonary disease. Oxygen therapy is often necessary in severe respiratory disease (emphysema and pulmonary fibrosis). When this is insufficient, the patient might require mechanical ventilation.

Gastrointestinal diseases refer to diseases involving the gastrointestinal tract, namely the oesophagus, stomach, small intestine, large intestine, rectum and the accessory organs of digestion in the liver, gall bladder and pancreas. It is the part of body which helps in supply of nutrients and necessary requirements to the body. It helps in supplying energy and growth development.

Diabetes Mellitus: Diabetes, it is a group of metabolic diseases in which involves high blood sugar levels over a prolonged period. Diabetes is due to either the pancreas is not producing enough insulin or the cells of the body not responding properly to the insulin produced. The three main types of diabetes mellitus:

Diabetes Insipidus: This condition is characterized by excessive thirst and excretion of large amounts of severely dilute urine with reduction of fluid intake having no effect on the concentration of the urine. There are different types of DI, where each type involves a different set of causes.

The most common type in humans is the neurological form, called Central DI (CDI), which involves a deficiency of arginine vasopressin (AVP), also known as antidiuretic hormone (ADH).

The second common type of DI is nephrogenic diabetes insipidus (NDI), which is due to kidney or nephron dysfunction caused by an insensitivity of the kidneys or nephrons to ADH. DI can also be gestational, or caused by alcohol or some types of drug abuse. DI should not be confused with nocturia.

Obstetrics, the field of medical practice that deals with pregnancy, childbirth, and the care of mothers and infants during the postpartum period. This study mainly involves the prenatal, child birth, post natal, and the care of neonates.

Gynaecology the branch deals with the physiology and medicine of the functions and diseases specific to women and girls, especially those affecting the reproductive system. As with all surgical specialties, gynaecologists sometimes employ medical or surgical therapies (or many times, both), depending on the exact nature of the problem that they are treating. Pre- and post-operative medical management will often employ many standard drug therapies, such as antibiotics, diuretics, antihypertensive, and antiemetic’s. Additionally, gynaecologists may also use of specialized hormone-modulating therapies to treat disorders of the female reproductive system.

Epidemiology is the science that studies the patterns, causes of diseases- disorders, effects of health and disease conditions in defined populations. It is the key element of public health, and informs policy decisions and evidence-based practice by identifying risk factors for disease and targets for preventive healthcare. Major areas of concern in epidemiological study include disease etiology, transmission, outbreak investigation, disease surveillance and screening, bio monitoring, and comparisons of treatment effects such as in clinical trials.

The purpose of this session is to contribute to the progress of surgery by providing clinicians and researchers with an educational forum in which to share their personal experience and novel treatments and rare cases encountered by colleagues all over the world from whom contributions are welcomed.

Case reports help in developing of skills and it would be clinically interesting to an international audience of surgeons trainees and researchers in all surgical subspecialties as well as clinicians in related fields.

It is the branch of medicine that deals with the medical care of infants, children. The body size differences are paralleled by maturational changes. The smaller body of an infant or neonate is significantly different from that of an adult. Genetic variance, birth defects and developmental issues are of greater concern to paediatricians than they often are to adult physicians.

The major significant difference between paediatrics and adult medicine is that children are minors and, in most jurisdictions, cannot make decisions for themselves.

An adverse drug reaction (ADR) is an injury caused by taking a medication.[1] ADRs may occur following a single dose or prolonged administration of a drug or result from the combination of two or more drugs. There are 6 types of ADRs they are:

Type E: End of use

Types of drug interactions are:

It is the science that deals with the mechanisms of preventing disease, promoting health through organized efforts by involving different communities, societies, organizations. It involves health analysis and aims to promote health of entire populations. It involves the total system but not the eradication of particular disease. It mainly involves the three major points  that are:

The branch of medicine that deals with the medical and surgical aspects of skin, hair and nails. It sometimes also involves cosmetic care and enhancement.

The main part of dermatology majorly involves skin which plays a key role in protecting the body against different pathogens and helps in reducing the excessive water loss from it. The other functions of skin include insulation, temperature regulation, sensation and the production of vitamin D folates.

Cancer Science is a peer-reviewed medical journal covering research in Oncology. Cancer Science aims to present research that has a significant clinical impact on oncologists or that may alter the disease concept of a tumor. Cancer is not one disease. It is a group of more than 100 different and distinctive diseases. Cancer can involve any tissue of the body and have many different forms in each body area. Most cancers are named for the type of cell or organ in which they start. Cancer is the name given to a collection of related diseases. In all types of cancer, some of the body's cells begin to divide without stopping and spread into surrounding tissues. Cancer can start almost anywhere in the human body, which is made up of trillions of cells.

Clinical pathology supports the diagnosis of disease using laboratory testing of blood, tissues, and other body fluids. There are types of specimens used clinical pathology. They are blood, urine, sputum, feces, and other body fluids. It is the branch of medicine dealing with health care for women, especially the diagnosis and treatment of disorders affecting the female reproductive system. It deals with women's complaints gynecological diseases , fertility, pregnancy, '.Pathology (from the Ancient Greek roots of pathos (πάθος), meaning "experience" or "suffering", and -logia (-λογία), "an account of") is a significant component of the causal study of disease and a major field in modern medicine and diagnosis. Pathology is a branch of medical science primarily concerning the examination of organs, tissues, and bodily fluids in order to make a diagnosis of disease.

With Immense pleasure and support of ConferenceSeries LLC LTD and organizing committee members, we welcome you to attend the 6th Experts Meeting on Medical Case Reports to be held during Oct 16-18, 2017 at San Francisco, USA. We cordially invite all the participants who are interested in sharing their knowledge and research in the arena of Experts Meeting on Medical Case Reports.

Case Reports 2017 anticipates more than 200 participants around the globe with thought provoking Keynote lectures, Oral and Poster presentations. The attending delegates include Editorial Board Members of related Journals. This is an excellent opportunity for the delegates from Universities and Institutes to interact with the world class Scientists and Industry Professionals working in the field of healthcare. The intending participants are requested to submit their abstract and manuscripts which will be peer reviewed by the Organizing Committee and editorial board members of the respective journals.

What is a Medical Case Report?

Case report is a detailed study of patient symptoms diagnosis & treatment. It is anecdotal evidence, together with case series. Case reports plays major role in the field of medical research and evidenced based medicine. These are facilitated recognition of new diseases and adverse effect of treatment. Based on the disease and diagnosis case reports vary.

Benefits of Attending the Conference

To Collaborate Scientific Professionals around the World

All accepted abstracts will be published in respective Our International Journals.

Abstracts will be provided with Digital Object Identifier by 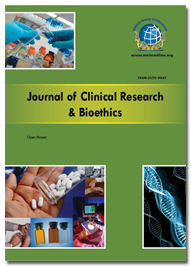 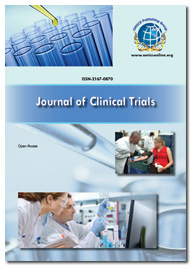